ULI Poland's PLACES + SPACES series is a year-long series of events focused on issues that impact you and your city!

We are happy to announce another event in the series. It will take place on
Tuesday 10 September 2019 and the leading theme will be:
RECREATING NEIGHBOURHOODS.
What are the biggest challenges of urban re-development?
The upcoming edition will deal with reviving urban quarters and entire neighbourhoods to offer its residents, business and tourists the best living, working and leisure conditions possible. We will be joined by people passionate about the evolution of cities and their impact on human wellbeing:
Panelists who will join the group include:

PROGRAMME TO DOWNLOAD
The PLACES + SPACES series presents high-profile, international projects and speakers to discuss how “best practice” development principles and initiatives can be adapted to deliver positive impacts to Warsaw and other Polish cities. Each event is envisioned as a two-hour, theatre-style presentation for 80+ participants and a panel discussion, followed by a mixer.
Registration is now closed for this event. 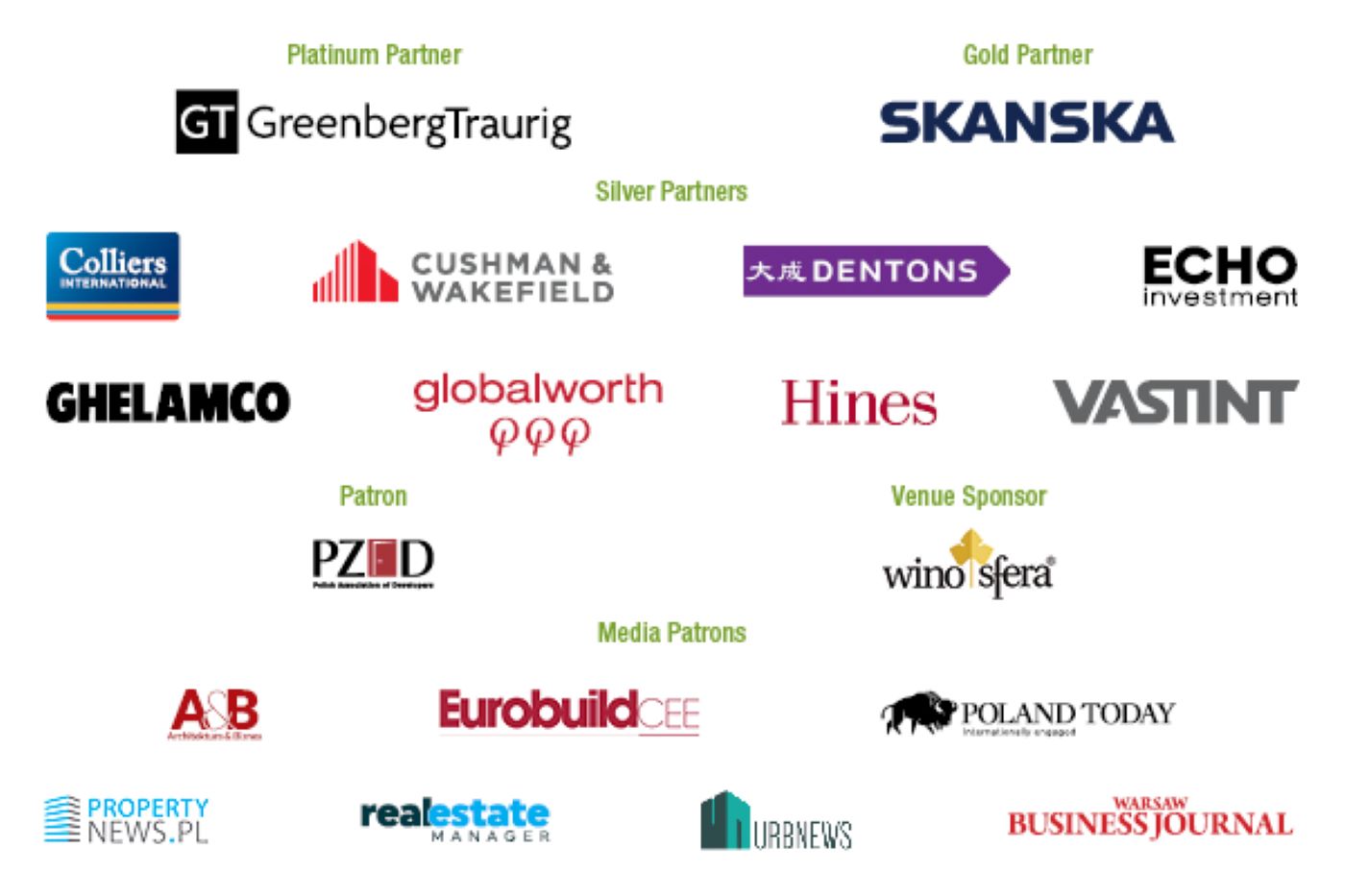 Morten a Danish citizen, working in the media and marketing industry for 27 years, in Denmark, Poland, Russia and China. Morten has been living in Warsaw for nearly 20 years, he is the co-owner of Valkea, a marketing agency in Poland with a leading position in shopping center and retail marketing solutions. Valkea is also the owner of several media platforms including Warsaw Business Journal, where Morten holds the role as publisher and editor-in-chief.
View in Member Directory Will open in a new window 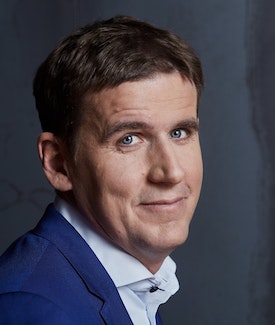 CEO of Echo Investment since 2016. Responsible for the strategy and development of Echo Investment. For 15 years he had been with Skanska where he worked as the President for Skanska Commercial Development Europe (CDE), Skanska’s business unit that develops properties in Central and Eastern Europe, and the head of Skanska Property Poland, a unit within Skanska Commercial Development Europe. Prior to that Mr Lindberg had worked with Residential Development in the Nordics. In the 2008- 2015 period he worked for Skanska Russia as both CFO and CEO. He graduated from the University of Lund in 2001.
View in Member Directory Will open in a new window 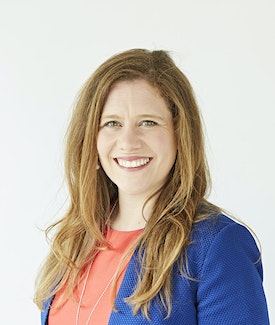 Alexandra Notay is Build to Rent fund director at PfP Capital, the fund and asset management arm of Places for People, overseeing a strategy to deliver 3,000 high-quality BTR homes across the UK. She is also an internationally recognised expert on build to rent, placemaking and sustainable urban development, with 15 years’ strategic advisory experience to public and private sector clients across four continents. In January 2019 Alex was selected as one of the 48 women shaping the future of UK real estate at the prestigious BISNOW Women Leaders event. Alex is a published author and editor of over 30 books and reports on real estate including the renowned ULI UK Best Practice Guide on Build to Rent (2014, 2016). Alex is a vice-chair of ULI UK Residential Council and on the ULI UK Executive Committee, serves on the BPF Build to Rent Committee and is an Associate Member of CREFC Europe. She is also a non-executive director of Sound Diplomacy, SouthWest Board Member for LandAid and trustee of the SunScreenIT Foundation.
View in Member Directory Will open in a new window Viggo Haremst is a partner and design director for Henning Larsen’s international projects. Drawing on his extensive experience as design director for international projects in Europe, Asia and the Middle East, Viggo has a broad international perspective. For 60 years, Scandinavian architecture studio Henning Larsen has contributed to the built environment with vision for urban design that emphasizes social inclusivity, comfort, aesthetics and nature. Viggo will share Henning Larsen’s international masterplan and urban design projects and demonstrate a methodology that successfully enables urban regeneration through design, creating a new source of vibrant public life in cities that catalyze positive growth and forward-thinking progress for communities.
View in Member Directory Will open in a new window Maria Vassilakou started her political career as Secretary General of the Austrian Students’ Union. In November 1996 she became Member of the Vienna Provincial Parliament and in 2004 Head of the Parliamentary Group of the Green Party. From November 2010 until July 2019 Maria Vassilakou served as Deputy Mayor of Vienna and Executive City Councillor for Urban Planning, Traffic & Transport, Climate Protection, Energy and Public Participation. Maria Vassilakou is the first Executive City Councillor with a migration background. She was born in Greece and migrated to Austria as a student in the mid 80s. She studied Linguistics and Psychology at the University of Vienna (Magister degree, 1994) and acquired 2019 an MSc degree from the London School of Economics (LSE Cities Programme). Maria Vassilakou envisages Vienna as an open, modern, affordable, family friendly and diverse city. In her 9 years serving as Deputy Mayor Maria Vassilakou was responsible for a vast transformation agenda comprising numerous innovative projects. Maria Vassilakou wishes to provide her experience and know-how as a former leader of the world´s most livable city (e.g. according to Mercer for 10 consecutive years up to date) and work together with cities, NGO´s and multilateral organizations worldwide to develop solutions for livable cities and a sustainable urban future worldwide.
View in Member Directory Will open in a new window 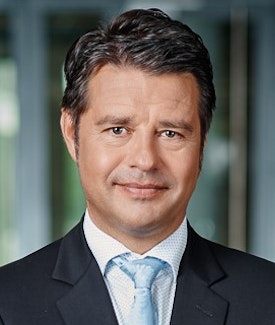 Marc Lebbe graduated in Economics from Leuven University (Belgium) in 1988. Shortly after that, in 1991, he decided to begin his self-employed professional career and established Liebrecht & wooD in cooperation with Patrick Van Den Bossche. After being involved in building the position of Liebrecht & wood Group in the CEE region including establishing of FASHION HOUSE (Outlet Centre) business in 2000 and supervising directly the Group’s projects in Poland, currently he is member of the Supervisory Board of Liebrecht & wooD Group and FASHION HOUSE Group.
View in Member Directory Will open in a new window 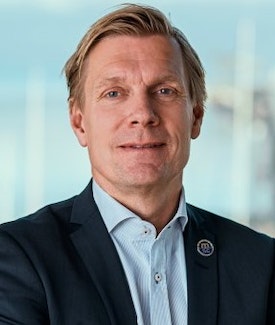 Former Regional CEO of Mediterranean Shipping Company in the Nordics, Baltics, Poland and Russia. 25 years of executive management and Board experience including 14 years abroad in countries in Europe, Asia, Middle East and Africa. Holds today various Board positions including Executive Chairman for Urban Rigger.
View in Member Directory Will open in a new window

This exclusive event which will take place virtually on December 2nd, 2020 will unpack the new realities of resilience during a pandemic, while examining the ways in which industry leaders can make informed decisions to further protect communities and investments from future climate risks.

Join us for a virtual tour of TRANSAMERICA PYRAMID, an iconic office building boasting the skyline of San Francisco, and the story of building's recent sale told firsthand by the transaction team followed by Q&A.

Online Webinar Poland This event will be hosted online. POLAND