ULI Poland fees are subject to 23% VAT.
REGISTRATION FOR THIS EVENT IS CLOSED.
Register Yourself Register Two or More
View Event Attendees 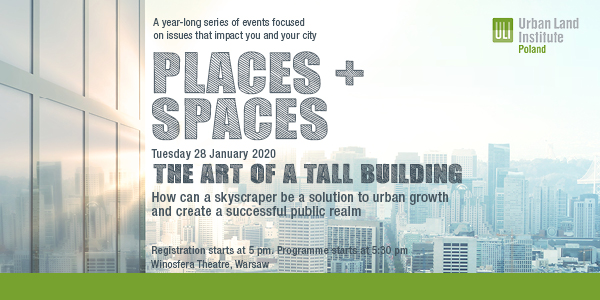 ULI Poland's PLACES + SPACES series is a year-long series of events focused on issues that impact you and your city!
On 28 January 2020 we organize another PLACES + SPACES another event in the series and the leading theme will be:
THE ART OF A TALL BUILDING
How can a skyscraper be a solution to urban growth and create a successful public realm.
This time, the event will focus on the functions and impact of high-rise buildings on the quality of life in cities, with architects from leading international studios and European real-estate investors and developers coming to share their experience with the participants.
The confirmed speakers and panelists include:
Bill Price, Director of Strategic Growth at the UK brand of the global studio WSP participated in the early design development stages of the Shard and the transformation of the neighbourhood at London Bridge, much of his experience involving high-rise projects situated next to transport hubs.
Another firm that is renowned for designing emblematic high-rises will be represented by Kent Jackson, Design Partner at Skidmore Owings and Merrill (SOM). SOM’s architects contributed to buildings such as the tallest structure in the world Burj Khalifa in Dubai; Willis Tower in Chicago, and One World Trade Center in New York.
The conference will also be attended by Yama Karim, Partner at Studio Libeskind, a studio that also enjoys a high profile in Poland. Yama is currently participating in several projects, including the redevelopment of the former fairgrounds in Milan; the Downtown Tower in Vilnius, and several high-rise projects across the Middle East.
The investors’ perspective on the role of skyscrapers and their users’ needs will be presented by James Goldsmith, Head of Leasing at AXA Investment Managers – Real Assets. James is responsible for seeking and negotiating with tenants at 22 Bishopsgate, a 278-metre tower developed in the City of London.
Making sure the Polish perspective will be covered at the expert panel, the event will also be attended by Peter Pecnik, Country CEO Poland at HB Reavis, a company developing Varso Place, a complex of three towers in Warsaw, including the tallest building in the EU, as well as Katarzyna Zawodna-Bijoch, President and CEO at Skanska’s commercial development unit in CEE, currently developing, among many other projects, the highest building of the Generation Park complex in the Polish capital city.
More about speakers and panelists below.
PROGRAMME TO DOWNLOAD
The PLACES +SPACES series presents high-profile, international projects and speakers to discuss how “best practice” development principles and initiatives can be adapted to deliver positive impacts to Warsaw and other Polish cities. Each event is envisioned as a two-hour, theatre-style presentation and a panel discussion, followed by a mixer.
Registration is open to all.
Thank you to our Partners and Patrons! 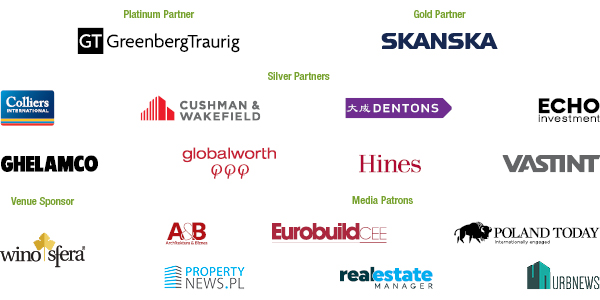 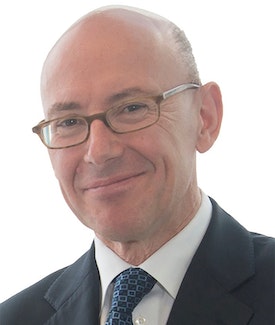 Bill Price is a director at WSP and a structural engineer by background. His career has included buildings and structures across many sectors, usually delivering multidisciplinary engineering services. He was responsible for the early design development stages of the Shard and associated with all the projects at London Bridge, helping to raise the profile of tall buildings in London, especially around transport nodes. In 2016 Bill co-edited ‘A Strategic Design Guide to Tall Buildings’ for the British Council for Offices, published by the RIBA. Since 2012 Bill has been closely associated with the delivery and thought leadership around rail overbuild. Bill authored and led the production of the WSP papers ‘Building our way out of a crisis’, ‘Out of Thin Air: Building Above London’s Rail Lines’ and ‘Out of Thin Air: One Year On’. He has presented on the topic at many conferences and events in the UK, continental Europe and Australia.
View in Member Directory Will open in a new window 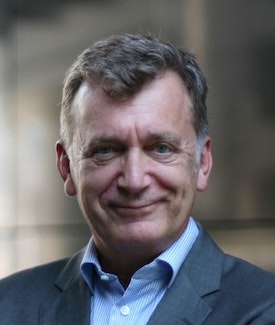 John Banka is the founder and managing partner of Project Partners International and advises clients active in Poland and central & eastern Europe on the development, financing, acquisition, disposal and leasing of commercial real estate. Prior to establishing Project Partners in 2017, John was a partner at Colliers International for 14 years and involved with multiple property transactions in Poland with a combined capital value of over € 1.3 billion. Before coming to Poland, John worked as an economic development official with the cities of Chicago and New York. John is the founder and former Chair of the Urban Land Institute (ULI) Poland.
View in Member Directory Will open in a new window 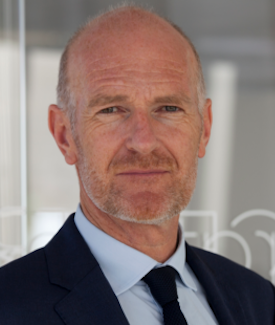 James Goldsmith is Head of Leasing at AXA IM – Real Assets. His responsibilities include seeking and negotiating with tenants in London, in particular for AXA IM – Real Assets’ Twentytwo Bishopsgate tower development in the City of London. Beginning his career as a Surveyor, James has held a number of positions within the real estate industry, including Director roles at JLL, Hurst Wickham Advisors, Deloitte Real Estate, and most recently before joining AXA IM – Real Assets, Director at Real Estate Management Ltd. He has over 35 years’ experience in the property industry. James graduated with a BSc (Honours) in Land Management from the University of Reading.
View in Member Directory Will open in a new window 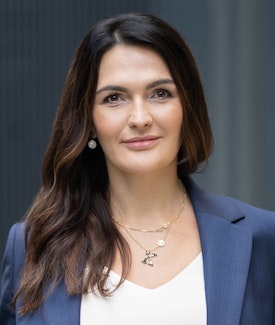 Katarzyna Zawodna-Bijoch is CEO at Skanska’s commercial development unit in Central and Eastern Europe. She is responsible for the company’s strategy and operations in the area of sustainable and innovative office investments in ten city markets in Central and Eastern Europe: Warsaw, Prague, Budapest, Bucharest, Wrocław, Poznań, Łódź, Katowice, Gdańsk, Poznań. She is currently running portfolio of 450 000 sqm. She joined Skanska in 2006. Under her leadership since 2016, the CEE unit has been developing extensively, holding a leadership position among regional developers. Since 2016 the company has leased delivered over 600 000 sqm of futureproof office space, has sold 24 buildings for over EUR 1.3 bln. Since her appointment as President and CEO, the company has invested in co-working sector (Business Link’s acquisition) as well as sustainable and innovative solutions, focused on human well-being and reducing carbon emissions. Katarzyna has initiated cooperation with Saule Techonolgies to implement perovskite technology on Skanska office buildings. Perovskite solar cells, unlike common silicon solar cells, do not require direct exposure to the sun to efficiently produce electricity. This – along with being easily customizable with shape, color and size – makes them ideal for facades and other vertical surfaces. It will be a significant milestone towards zero-energy office investments. Under Katarzyna’s ledership on CEE level Skanska has launched Connected by Skanska. It’s an all-in-one operational system for office buildings that includes a mobile application for everyday users and a web portal for tenant & building administration. Katarzyna Zawodna is one of first experts who introduced LEED certification system in Poland and CEE region 10 years ago, ceritifing Skanska buildings.As a CEO, she was also responsible for decision of developing Skanska office buildings in line with WELL Building Standard™. It was a major business decision an d another step towards futureproof workplaces that the company has taken. Katarzyna actively works to improve ethical standards in the region. She is a member of the policy councils at UN Global Compact as well as the Civic Congress – a cross-environmental civil project promoting sustainable development in Poland.
View in Member Directory Will open in a new window Before joining Studio Libeskind’s New York office in 2003, Yama Karim had already collaborated with Daniel Libeskind for several years in the late 1990s in Berlin. He has brought extraordinary experience to the Studio, having served first as a senior designer at Polshek Partnership (now Ennead Architects) where he worked on the Brown Fine Arts Center at Smith College, Massachusetts, and the Sarah Lawrence College Monica A. and Charles A. Heimbold Jr. Visual Arts Center, New York, among others. He also worked at Reiser + Umemoto (RUR) in New York, where he served on the team for the Kaohsiung Port Terminal in Taiwan. He is currently managing the master plan and redevelopment of the former fairgrounds in Milan, Italy; the Downtown Tower in Vilnius, and several high-rise and cultural projects throughout the Middle East. Yama has taught full-time at the Swiss Federal Institute of Technology in Zürich and as a visiting professor at Pratt Institute in Brooklyn. He graduated from Columbia University with a Masters in Architecture in 1995 and from the University of California, Berkeley, with a Bachelor of Arts in Environmental Design in 1991. Yama speaks widely on architecture, design, sustainability and urban planning. Yama speaks English and Farsi.
View in Member Directory Will open in a new window 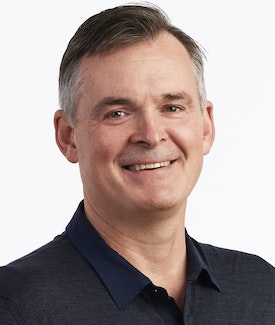 Kent is a Partner at SOM, where he leads the design of projects of a wide range of scales and uses across Europe. His work includes corporate offices, airports, transportation, residential developments and large mixed-use urban schemes. Kent’s creative approach to design responds to individual context and enables the integration of the natural and built environment. He is highly experienced at navigating complex planning approvals, zoning regulations, and heritage challenges, and is a leading advocate of SOM’s pledge to meet the AIA 2030 Commitment towards a carbon-neutral built environment.
View in Member Directory Will open in a new window Peter Pecnik leads the Polish office of HB Reavis, an international workspace provider. Apart from developing landmark Varso Place and community-focused Forest in Warsaw, the Polish branch of the company also provides workplace-as-a-service solutions like Origameo workplace consultancy and HubHub coworking spaces. Peter Pecnik has 20 years of experience in real estate and finance. A member of the HB Reavis Group team since 2008, he previously served as the Head of Corporate Finance. Prior to joining HB Reavis, he worked at Deloitte, the European Bank for Reconstruction and Development and Tatra Banka. Peter Pecnik is a graduate of the University of Economics in Bratislava.
View in Member Directory Will open in a new window